The Digital Traces of Pregnancy: Privacy and Reproductive Rights 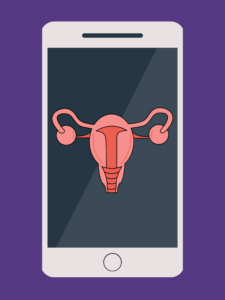 On May 2, 2022, Politico released a draft of the majority opinion in Dobbs v. Jackson Women’s Health Organization, indicating the Supreme Court is planning to overturn Roe v. Wade this summer. In the event Roe is overturned, decisions of whether and how to allow abortion will revert to the states–26 of which are likely to ban abortion. The surveillance capabilities of private and state entities have expanded dramatically since 1973 (i.e. when Roe v. Wade was decided). People need to know what those capabilities are in order to protect themselves from those consequences.

Massachusetts legislators passed the ROE Act in 2020, which enshrines the right to abortion access in state law. Even so, laws in other states affect us and our patrons. We and our loved ones travel, go to school in different states, relocate for jobs, and generally wish to move around the country in safety. In addition, several state legislatures are considering prosecuting people who help pregnant people travel to other states for abortions (a 2019 Georgia law, since struck down, left open this possibility). This means that in the near future, non-resident, walk-in MA library patrons may be facing prosecution in their home states.

While I am writing specifically about privacy and reproductive rights, the same risks and risk prevention techniques apply to numerous situations, particularly to people who are being stalked or experiencing domestic violence. Library workers can use these techniques to help all patrons conceptualize and protect their privacy and libraries should have materials on hand, in multiple languages, about digital privacy.

There is a technique that originally comes from the information security field, called Threat Modeling, which asks a series of questions to determine 1) the assets you have that you wish to protect (these can be tangible, like money; virtual, like text messages; legal, such as the custody of one’s children; or embodied, as in one’s own physical health); 2) what or who poses a threat to those assets; 3) how likely you are to have to protect those assets; 4) how bad are the consequences if you fail to protect them; 5) and what are you willing to do to protect those assets. We’ll get to the answer to the last question in the next section.

To answer the questions above in terms of reproductive freedom, you can ask some additional questions:

Steps to take to protect oneself

The threats I describe above are frightening, Orwellian, dystopian–take your pick of adjectives. However, there are real things a pregnant person can do to protect themself, which I will divide into lower tech and higher tech steps. Not all of these will be applicable to every situation or every person’s risk profile; they are dependent on an individual’s situation, location, and security. For example, Black and brown people are disproportionately policed and surveilled and the maternal mortality rate for pregnant Black people is more than three times that of white people.

People who can help

In the midst of uncertainty and collapsing freedoms, it is important to note that there are numerous organizations and people committed to helping individuals and communities preserve reproductive rights. A very abbreviated list follows.